Friends, it’s hard for me to believe that my six month GAPS experiment has come to an end. Back in April, I began this GAPS Diet with the highest of hopes. There have been successes and failures, and I find myself in the position of having to decide whether or not to go on with the experiment. Before I get to that, allow me to tell you what month 6 looked like.

Since adding in egg whites last month, I’ve been going a little crazy with the eggs. I started making omelets for breakfast, two eggs with jarred tuna and mushrooms inside and a dollop of creme fraiche on top. 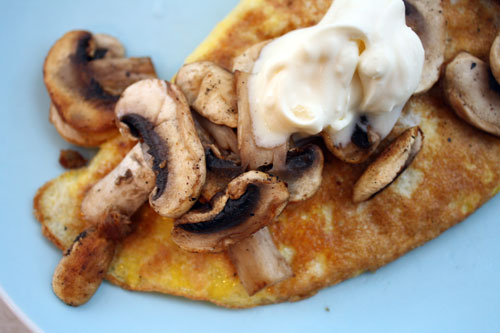 This was delicious, but a little time consuming to make every morning. I decided to streamline the process with a frittata. I don’t really have a “recipe” for this. I saute a bunch of seasonal veg (lately it’s been zucchini, leeks, and mushrooms) and put it into an oiled 9″x12″ baking dish. I spread two jars of tuna fillets on top of the veg. Then I whisk up a dozen eggs with a pinch of salt and pepper and pour it over the top. Sprinkle on some fresh herbs (lots of basil and cilantro lately) and bake it for about an hour at 400. This gives me 6 ready-to-go breakfast servings that also include a good serving of fatty fish. Delicious and convenient.

Two weeks ago I began baking with almond flour again. I wouldn’t say that has been going well, but my body’s objections haven’t been severe enough to make me give it up. Maybe I’m just desperate for something I can slather with butter and eat out of my hand. In any case, I’ve been having a muffin every morning with my frittata and it is the highlight of my day.

I still eat a bowl of chicken and vegetable soup every day. And dinner is typically a turkey burger, or some baked chicken with some veggies on the side. I make a large batch of everything at the beginning of the week, and then for the rest of the week I just reheat portions. It’s boring to eat the same thing every day, but it cuts down on my cooking time. 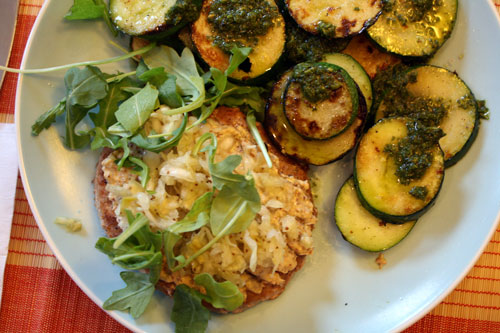 Every week I try to cook up a treat to have on hand. Otherwise I find myself eating too much fruit or (worse) being tempted by something completely GAPS-illegal. I’ve made this fabulous Chocomole recipe several times now. I also like this Butternut Squash Pudding, though I sweeten it up with additional honey and some cinnamon. 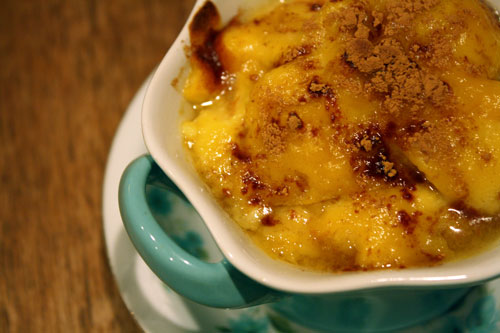 Our fruit trees were generous this year, so I’ve also been treating myself to the bounty of peaches and pears from the garden. This a great compromise, because the fruit usually puts me in at least a small amount of pain. But my naturopath and I agreed that the mental and emotional benefits far exceed the physical consequences, and so I’ve decided to eat and enjoy the fruit from our trees. 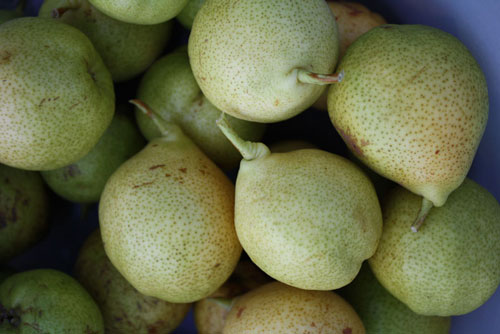 The other part of GAPS that changes month to month is my supplements. It seems there is always something new to add in or something causing symptoms to take out. Last month was fairly steady and there wasn’t anything to remove. There is one important thing that I added, and because I want to be completely honest about this journey, I’d like you to know about it. I started taking an anti-depressant last month. I wrote about those emotional and mental struggles in detail on my own blog, but there is one point I’d like to make here that I didn’t there. Did you know that approximately 90% of your body’s serotonin (that little chemical that, when lacking, causes depression) is located in your gut? Yeah, me neither. You probably thought it was in your brain, like I always did until I began this whole GAPS journey. Anyway, I think anyone with a compromised GI tract should be aware that a possible consequence of your GI problems could be depression. And the stress and isolation of such a difficult diet only compounds the issue.

In addition to the anti-depressant, my naturopath gave me a supplement that is an amino acid which is the precursor to serotonin. So while I’m artificially replacing the serotonin with my prescription, I’m also giving my body what it needs to start manufacturing the serotonin on its own.

So my supplements are the same as last month, plus the anti-depressant and the amino acid from my naturopath.

My detox routines have stayed exactly the same. I drink a glass of fresh pressed veggie juice in the morning (usually beets, beet greens, celery, and carrot). About every other night I take a detox bath with epsom salt or Redmond Clay bath salts.

It’s been 6 months, and in all honesty, I don’t feel significantly better than I did before GAPS. I still spend a week to ten days out of the month in pain or extreme discomfort. The rest of the days are not painful, but still uncomfortable. I still have days where I choose to skip meals, because the pain from not eating is less than the pain from eating. I’m still extremely tired and fatigued. I’m not able to eat anything significant that I couldn’t eat pre-GAPS (though the eggs are a triumph, to be sure). I struggle daily with preparing the food and staying motivated to actually eat it. In short, the meager benefits I’m getting from GAPS do not justify the extreme costs, at least not for me.

So I decided to quit GAPS.

And then I did some thinking. What exactly am I supposed to quit to? It’s not like I can quit and just go eat a bowl of pasta and a loaf of focaccia. I have to eat something. And while these foods cause me pain, they certainly cause me less pain than all the other foods that I’m not eating. It’s all well and good to say that I quit GAPS, but in actuality I really can’t.

I have some appointments lined up, with my GI doctor and with my naturopath. I have a small handful (okay, actually only two) of treatment options that I haven’t tried yet. Neither of them are pretty. In the meantime, I plan to maintain a mostly GAPS-legal diet. But I plan to use some convenience foods (canned coconut milk and canned pumpkin chief among them). If I decide I’d really like a bowl of gluten-free granola with coconut milk on it, by golly I’m going to allow myself that. And my favorite part of quitting GAPS? Hail Merry tarts. Oh, I’ve missed you. 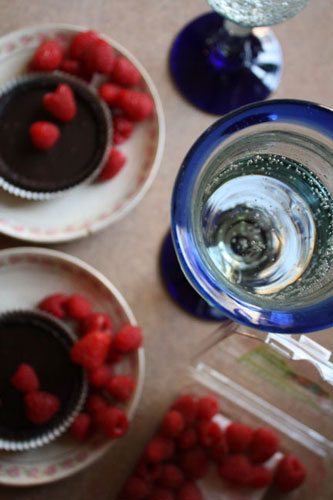 So, after giving GAPS 6 months of every bit of my effort and attention, I’m officially quitting (but not really). How is that for a highly ambiguous conclusion to this highly un-scientific experiment??

It’s week two of reviving your meal planning routine with tips and giveaways! Last week’s advice was to organize your food storage to prepare for

Summer can be a season of inconsistency when it comes to meal planning. Between vacations, camping trips, and school being out our schedules aren’t always

Recent Articles from the Blog Enjoy some of our most recent blog posts from July 2022 on the Plan to Eat blog, including tips &