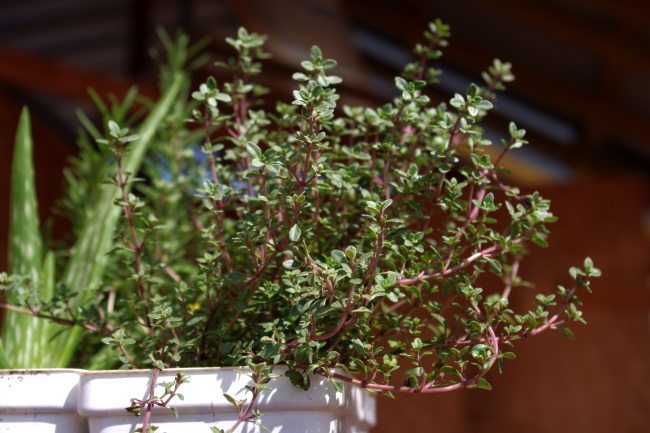 When I began to look into traditional cuisines of various cultures there was a common thread in all of them – the use of herbs. Just about every variety of cuisine consistently used copious amounts of fresh and dried herbs.

Of course a huge part of what gives those cuisines their flavor are those herbs – oregano in pizza, thyme in chicken soup, cilantro in Mexican cuisine, basil in tomato sauce. When I started reading up on these herbs and how to grow them in my own garden I found that all of these herbs were used regularly for both their flavor and medicinal qualities.

And now, when someone has chest congestion I make them thyme tea or add a spoonful of thyme to their soup. Or if someone is under the weather and in need of a cleanse, we’ll add as much cilantro and parsley to a dish as we can stand.

But we also just eat a lot of them in every day food for flavor and the prevention of various ailments.

Here is just a handful of some of the most familiar herbs and their medicinal uses. 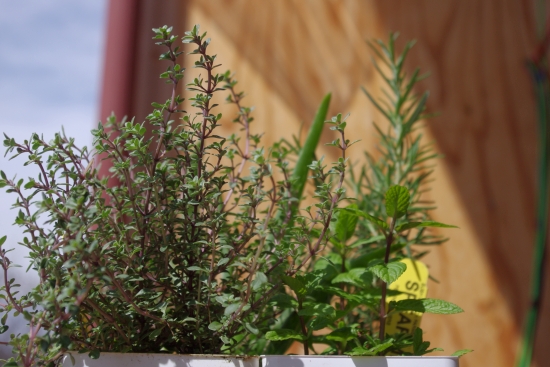 Thyme makes an effective tea for coughs, congestion, and colds. I served my husband and 3 year old cups of lemon thyme tea when they both were fighting off congestion and colds. Without fail their coughs would greatly diminish throughout the day when they had a warming cup at breakfast.

This herb that we all know as the perfect accompaniment to turkey was used for anything and everything in times past. It was best known to prevent colds, aid rheumatism, and is especially effective against indigestion. Sage tea is still widely consumed in China and other cultures, especially after meals.

Cilantro has been shown to have antibacterial properties and to aid in chelating, and therefore removal from the body, of heavy metals.

The “pizza herb” is well known as an anti-viral and anti-fungal. It can also be used to treat fungal infections, internally or externally. Oregano has also been found to soothe bee stings or snake bites.

Parsley is known to ward off bad breath when chewed after a meal. It also contains apiol and myristicin, which give parsley it’s diuretic, and therefore cleansing, properties.

This woody herb has a long history of relieving many ailments including stomach upsets, digestive disorders and headaches. It is also thought to aid memory and other brain functions. Not only that, but it’s essential oils have long been used for skin and hair care.

All basils contain anti-inflammatory properties and antioxidants. Tulsi, or holy basil, is particularly effective as an immune boosting tea. Many residents of India keep tulsi plants in their homes and gardens and drink the tea or eat the leaves in various dishes daily. It is reported to fight or ward off infections and influenza.